Cyprus-Israel-Greece Meeting on Diaspora Issues in the UK

Cooperation in the East Med is a reality in so many levels, driven by common history and a common understanding of the future. The Greek Energy Forum is proud to be part of the process of bringing our countries closer, and it was honoured to be invited to participate in the high level roundtable discussion on diaspora issues in the UK which took place on the 30th of May 2017.

National Federation of Cypriots in the UK

Board of Deputies of British Jews in the UK (BoD) 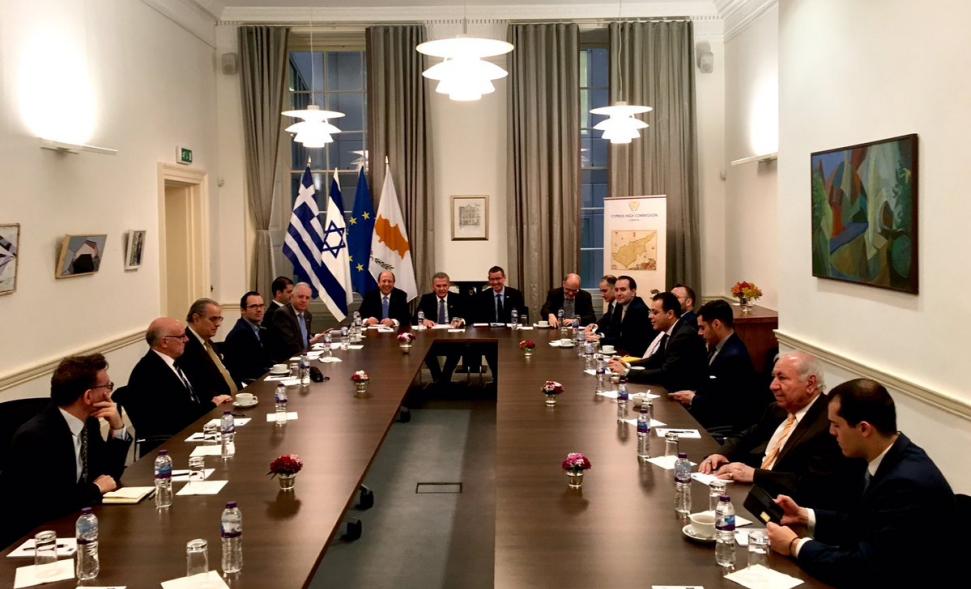