Following the successful completion of the first Greek Energy Forum (GEF) Awards, the Forum is continuing the legacy, aspiring into making it a tradition.

The GEF Awards 2018, will mark another milestone in bestowing those companies and individuals that have become benchmark of excellence, competence and innovation, and thus drive ChanGEForward in the energy and hydrocarbons sector in the East Mediterranean region.

We are very proud to announce that the GEF Awards 2018 will be running under the auspices of the Economic and Commercial Office of the Greek Embassy in the UK, and the Cyprus High Commission – Commercial Section and will be hosted by the Cass Business School.

The Awards will recognise companies and individuals under 7 distinct categories, with the nominees being shortlisted by a high-profile Awards Board, which has acted as an independent panel of experts ensuring the transparency and robustness of the process.

Whether you are a GEF member or follower, don't miss an outstanding opportunity to be part of a celebration of the best that our region has to offer to the international energy industry!

Konstantinos Laskaris (Principal Motor Engineer, Tesla Motors) - He is a senior engineer in one of the most innovative companies in the world, Tesla Motors, leading the architecture and design of EV motors. - He is below 40 years old but is already a proven influencer in the genuinely innovative and growing sector of electric mobility, especially progressing within an industry leading company such as Tesla.

Menelaos Ioannidis (CTO, Lightsource Labs) - He has been a serial entrepreneur in new technologies and energy management for the last 25 years, currently heading one of the Innovation Lab of the biggest solar company in Europe. - He is developing cutting-edge applications that combine cloud technology, smart metering, batteries and renewable energy, in a way which lead to lower costs both for the consumer and the grid operator. - He is a proven influencer in a niche field which we hope will dominate our energy future: the field of "prosumers" of sustainable and clean energy.

Mathios Rigas (CEO, Energean Oil & Gas) - He is a founding shareholder of Energean Oil & Gas and has been Chairman and CEO of the Group since 2007. - Energean Oil & Gas is an independent E&P company focused on developing resources in the Eastern Mediterranean, where it holds 13 licences and operates assets with a production track record of more than 36 years.

Mytilineos Holdings - For their stellar performance over the past two years.

ENI - For their active interest in developing the E&P industry in the region, which includes the discovery of the Zhor field in Egypt.

Edison - For their active interest in developing the E&P industry in Greece and for their involvement in the Greek Power market through the Elpedison joint venture.

DEPA - For the promotion of corporate social responsibility as one of the company’s core values, through alternative solutions that have a lower environmental impact. - DEPA has also won a CSR gold award from CSR Index Greece, as well as an environmental award for the year 2016-17.

HELPE - For offering the infrastructure and equipment required for the optimal operation of the HELPE Village, which was built as a Refugee Hospitality Center (hotspot) on the island of Chios. - The village has the capacity to host in humanely decent conditions, more than 1000 people in 75 well equipped housing structures.

EUNICE GROUP - For its implementation ofthe system of « S 4 S » (Storage For Sustainability, Smart grid, Security, Solutions) on its involvement in project T.I.L.O.S (Technology Innovation for the Local Scale, Optimum Integration of Battery Energy Storage). - The project has aimed to develop and operate an intelligent, innovative hybrid system using solar and wind energy, which will cover the electricity requirements of the residents of the village Livadia (~ 500 residents) on the island of Tilos, through a battery storage system. Eunice Group was the Technical Manager of the project.

VOLTERRA - For the development of a number of renewable energy projects from various energy sources including wind, solar, hydro, geothermal and biomass. - The company currently has on stream 70MW of wind projects and 2.7MW of solar projects.

Gaslog - For its partnership with Gastrade (Copelouzos group) for the establishment of Greece’s second LNG terminal near northern city of Alexandroupolis, as well as its investment initiative in FSRU units, supporting the effort to promote the area’s geopolitical and economic position. - The project has been described as a ‘project of common interest’ by the European Union, in which GasLog will hold 20%. Bulgarian Energy Holding and Cheniere Energy, the U.S-based LNG exporter, have also expressed interest in the project.

Arista Shipping (Project Forward) - Forward is a Joint Development Project initiated and funded since 2013 by Arista Shipping, which comprises of ABS, Deltamarin, GTT, Wärtsilä and Shell LNG and promotes the adoption of LNG as a marine fuel. - The extensive R&D program arrived at a technically reliable and commercially feasible design of a Kamsarmax bulk carrier fitted with a 2,500-cbm LNG tank, which will allow the ship to autonomously sail on the high seas for more than a month, resulting in very low environmental footprint and transportation cost.

Erma First - It is a leading Greek Ballast Water Management Systems manufacturer and among the six international BWMS companies to have secured Type Approval by the stringent US Coast Guard, as well as the IMO. - The company was the first full-flow electrolysis treatment manufacturer – and only the sixth supplier overall to apply and gain the relevant certification, rewarding its long-standing R&D efforts in Ballast Water Management.

Energy-Economy-Environment Modelling Laboratory E3MLab - The Energy-Economy-Environment Modelling Laboratory E3MLab operating within the Institute of Communication and Computer Systems of the National Technical University of Athens (ICCS/NTUA), Department of Electrical and Computer Engineering, is a laboratory that specialises in the construction and use of large scale computerised models covering the areas of Energy, the Economy and the Environment.

Smart Islands Initiative - The Smart Initiative is a bottom-up effort of European island authorities and communities. - It runs numerous EU-funded projects, building on years of collaboration between European islands and seeking to convey the significant potential of islands to function as laboratories for energy innovation.

Kantor Consultants - For their continuous presence and involvement in Greek energy and infrastructure projects.

Meet the Awards Board: 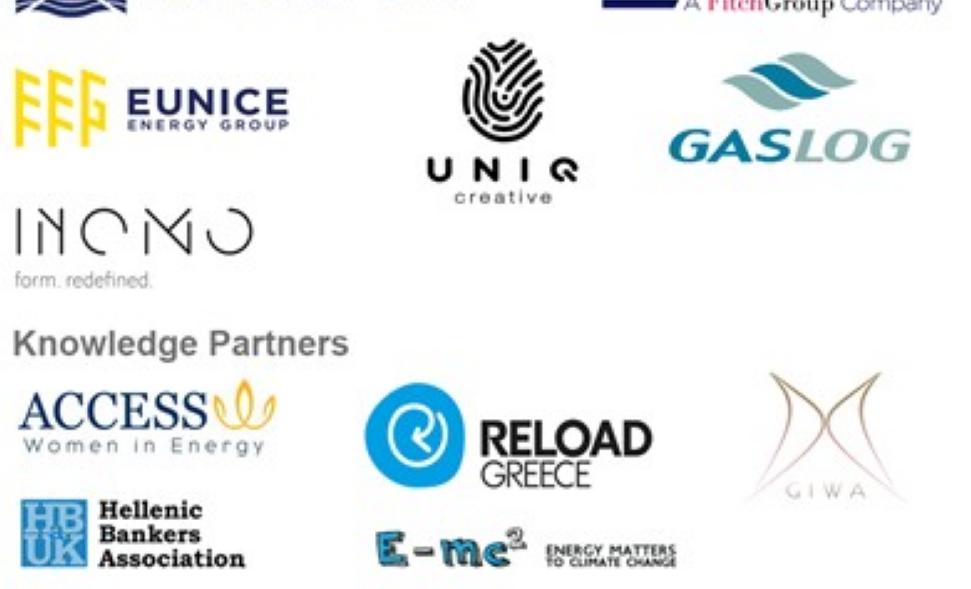