Maroš Šefcovic, Speech at the Greek Energy Forum: Turning the Vision into Reality 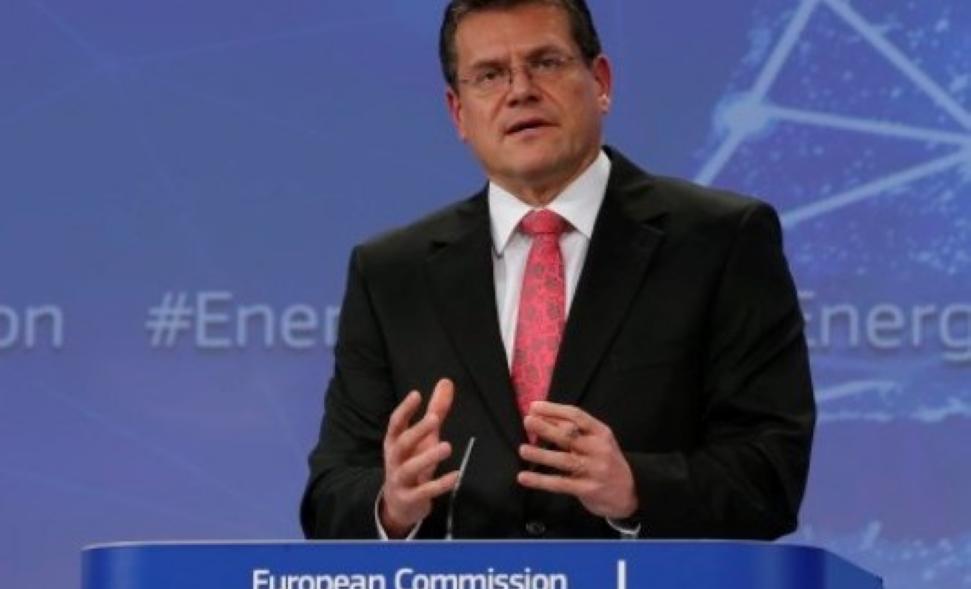 Maroš Šefcovic, Vice President of the European Commission, in charge of Energy Union. Keynote speech at the Greek Energy Forum's event, "The European Energy union, Turning the Vision into Reality"which took place on the 17th May 2016, in Thessaloniki, Greece.

It feels rather symbolic to be with you here today: speaking about the Energy Union, here in Thessaloniki, a city which was always known as a cosmopolitan regional hub and which is now well-positioned on the new energy map; and on a day like today, when the city is hosting the ground-breaking inauguration of the Trans-Adriatic Pipeline. There is therefore no better setting to discuss how we are turning the Energy Union "from vision to reality".

And I was delighted to accept the invitation of the Greek Energy Forum because if we are going to build an Energy Union we must maintain a broad, holistic and integrated approach. I recognise that you, energy professional of the GEF, have created a network of expertise which successfully channels knowledge from where it is gathered to where it matters. With this unique combination of global and local perspectives, I would like to share with you where we stand and where we are headed.

I believe most of you sitting in this audience are by now fairly familiar with the Energy Union. And I can tell you that throughout my Tour across the European Union and even outside, I am faced with great level of familiarity, enthusiasm and support for this project. I think it is safe to say that it has become commonly accepted:

The need for an Energy Union is therefore clear, the political momentum is here, and citizens' expectations are rightly high. We are now in the midst of delivering on this highly ambitious project. This region and Greece in particular can play a major role. Let me explain.

As I am sure you know, two thirds of the EU's natural gas and almost 90% of the oil we use is imported from our neighbours – namely Russia, Norway and Algeria. Developments in Ukraine once again raise concerns about the EU's energy security, even if much has been done to strengthen the security of our gas supply since previous flow disruptions in 2006 and 2009.

The Security of Supply Package which the Commission presented 3 months ago is addressing exactly this issue. It provided an entire range of tools for reinforcing our energy security (e.g. Revision of the Intergovernmental Agreement Decision, LNG Strategy, Security of Supply Regulation). But if I had to simplify, our main 3 messages were: diversify, inter-connect and innovate!

This is the context in which we are working on the advancement of the Southern Gas Corridor, out of determination to open the markets of South Eastern European countries to Caspian gas.

The Commission has taken the initiative to support this by setting up a High Level Group on Central and South Eastern Europe Gas Connectivity (CESEC). The aim of the group is to coordinate efforts to facilitate projects that are key for diversification of gas supplies to the region and to implement harmonised rules on their operation. This should help unblock important cross-border projects and remove remaining obstacles to the better integration of the region. It is a very useful form to promote pragmatic and cost-effective infrastructure solutions in South East Europe.

Apart from our political support, the Commission is also ready to support them financially. The Connecting Europe Facility, for instance, can help promoters prepare their projects well. Indeed projects of the Southern Gas Corridor have already received such assistance, including the EBRD. International Financial Institutions, including European Investment Bank or World Bank, are in advanced talks with promoters on financing conditions for the Southern Gas Corridor projects.

As you can see Greece's location, at the crossroads between Europe, Asia, and Africa, gives it a rare advantage in the global energy market and the Energy Union we're bringing about.

Greece can play a major role in Europe's most important regional energy networks, whether it's CESEC, as part of the Southern Gas Corridor, and of course as a new entry port of liquefied natural gas (LNG) through the new projects in Alexandroupoli and Revithoussa which I recently visited with Minister Skourletis.

These projects are of tremendous strategic importance for the Energy Union as a whole and hold great potential for the Greek economy. The Energy Union can therefore offer Greece further integration into the regional market, increased investment in energy efficiency in the transport and building sectors, and supporting green research and innovation. Of course, in order for this to happen there is still need for reforms in the Greek energy market.

I also very much welcome the Greek government's ambitious plans with the governments of Cyprus and Israel to create the Eastern Mediterranean (or East Med) natural gas pipeline would inject additional sources from the newly-found gas reserves. All these projects fit perfectly with the EU Energy Security Strategy.

So far I've addressed the way in which the Energy Union can provide Europeans with energy which is more secure and more competitive but the third objective is sustainability, reducing our carbon footprint and leading the global energy transition. When meeting with Prime Minister Tsipras and Minister Skourletis I congratulated them for the fact that Greece is already well on track on meeting their 2020 targets on energy efficiency, greenhouse gas emissions, and renewable energy.

In fact, the Greek contribution to the fight against climate change is quite innovative. Take for example the island of Tilos which is currently developing a prototype battery storage system to be integrated into its smart island microgrid, with the help of Horizon2020 funding. This will turn Tilos into the first energy-autonomous island in the Mediterranean!

One of my favourite quotes from Socrates is that: the secret of change is to focus all your energy, not on fighting the old but on building the new. This is exactly what the island of Tilos is doing!

Two other Greek renewable energy projects were recently awarded co-financing of some €87 million on the NER300 programme. The Minos project will be the first commercial-scale plant relying on superheated steam as heat transfer fluid – producing 50MW concentrated solar power (CSP) plant in Southeast of Crete. The Maximus solar power project aims at developing a large-scale power plant with a total installed capacity of 75.3MW. I hope their permitting process will be complete by the end of 2016 so that they can keep their NER300 funding.

These were just a few examples on how central and significant Greece is for the entire Energy Union project; a project which is one of the top priorities of this Commission and I would add one of the most ambitious ones.

In fact, the Energy Union is ambitious not only in terms of our targets but also in terms of the time frame we have set to ourselves: We are keen to present almost all the necessary proposals by the end of this year. That is in order to allow ourselves enough time to negotiate with the EU co-legislators, the European Parliament and the Council.

Given that we first presented the Energy Union strategy in February 2015, it means we have set ourselves roughly two years to put forward all our legislation. I am very proud to say that we are well on track for meeting these targets.

So what's still ahead of us this year? Let me give you just a few examples:

As you can see, our hands are full and the Commission's services are working at a high pace. But I am convinced these efforts will pay back for a generation to come.

Back in the 1950's it was the Coal and Steel Community which evolved into the European Union as we know now it. We all know the EU is facing several simultaneous challenges at the moment but I strongly believe that the Energy Union can be the next chapter in our integration story; And a very positive chapter because by Europanising our energy we can energise the European Union!

Thank you very much.