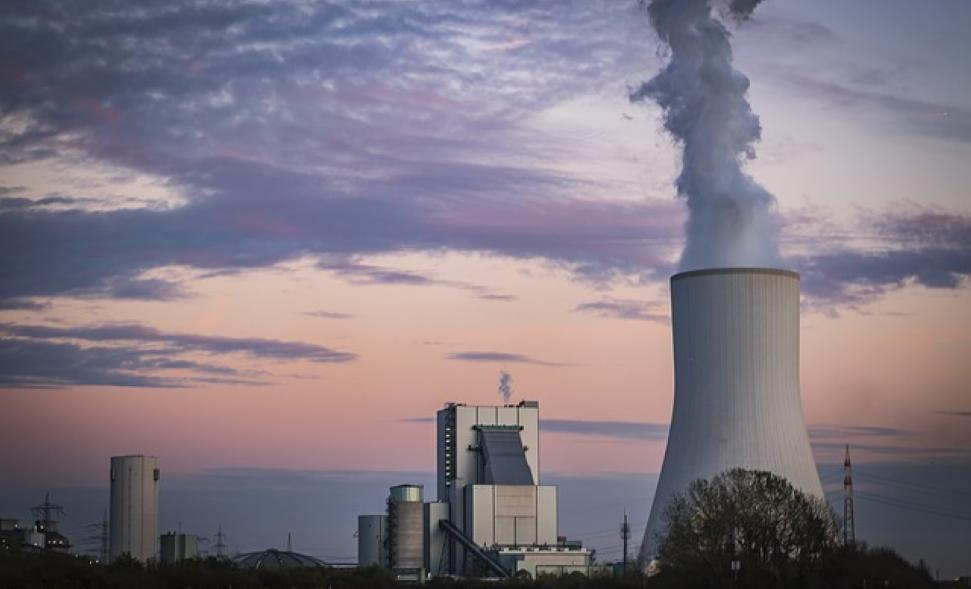 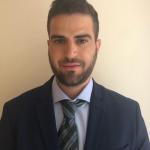 Panos Mavroeidis works as a power trading analyst for ENI Trading & Shipping, focusing in Continental power markets. Prior to that, Panos worked for UNIPER Global Commodities in LNG Origination and for Bloomberg as an energy analyst. He believes in a low carbon environment with a smooth transition from conventional fuels to RE and is putting all his effort for it. He holds an MSc in Energy Management from ESCP Europe and an MSc in Oil and Gas Technology from Eastern Macedonia and Thrace Institute of Technology.

The proud of European Union leaders against the climate change

In Europe, discussions on taking more measurements to speed up the decarbonisation of the economy are heating up. According to the revised targets set up by the European Union (EU) in October 2018, the EU-wide targets for 2030 are [1]: at least 40% reduction of greenhouse gas emissions (GHG) (from 1990 levels), share of renewable energy in the power mix at 32% and 32.5% improvement in energy efficiency.

The flagship of achieving this ambitious target was the introduction of the European Emission Trading Scheme (EU ETS) in 2005: a "cap and trade” scheme, covering around 12,000 industrial installations ranging from power units fired by hard coal in South West Germany to gas processing terminals located in North West England and chemical plants in West France.

In the first part of this series, we present the EU ETS market dynamics and we give a brief overview on the price evolution from 2005 till present. At the second part, we demonstrate how the EU ETS affects power markets in Continent.

Is EU ETS a commodity market?

The main approach of a cap-and-trade scheme is that there is a pre-defined ceiling (cap) of the overall greenhouse gasses (GHG) that can be emitted by the installations participating in the scheme for a multi-year phase. Every year the overall cap for the sectors covered in the EU ETS decreases by 1.7%. Effectively, at the end of each phase, the sectors should have reduced the emissions up to a target set up by the EU [2].The European Commission is the regulation watchdog, which sets up the framework and the rules followed by 31 European countries.

All the operators running the installations and being compliant under the EU ETS are obliged to follow common set of rules. Depending on their annual emitted quantity of GHG they must surrender an equal number of certificates called emission unit allowance (EUA). One EUA equals to one tone of GHG emission. The operators can source the required number of certificates either free (allocated to them) or buying from auctions (organised by EEX/ICE) [3] which are held by governments almost every weekday. Lastly, they can source certificates in the secondary market through the exchanges of EEX and ICE, or bilaterally in the over-the-counter market.

It can be debatable whether this market should be considered as a commodity market, like oil, gas, cold or cocoa for instance. On the one hand, despite its particular characteristics, EUA is a commodity with a price defined by the market forces of supply and demand, as every single commodity trading around the world. On the other hand, when compared to other commodities, there is an annual defined supply of EUAs (cap), which has been pre-defined from the beginning of every trading phase. Essentially, every market participant is aware of the overall supply per year from the very first day since the end of every phase, which is different to traditional commodity markets. In addition to that, there is a quite transparent process with unrestricted flow of information to every compliant company, authority, as well as to the public audience. In contrast, in other commodity markets the flow of information between the companies and especially to third party stakeholders is limited.

It all started back in 2005 when the EU ETS was introduced. The phase I (2005-2007) of the scheme was considered as a pilot phase for the upcoming stages. All certificates were provided free to participants, with power sector and energy-intensive industries the first to participate in the scheme. Moving to phase II (2008-2012), which signalled the first trading period, European countries committed to concrete reduction targets for the first time under the Kyoto Protocol. Countries began to auction certificates (through exchanges), even though this was a small share of the overall volume as 90% of the available certificates were still freely allocated to market participants.

During the first two phases of the scheme, EUA prices [4] saw a roller-coaster evolution, hitting 29.20 €/t in May 2008 and closing at just 6.80 €/t in December 2012.Undoubtedly, the largest contributor to the substantial price fall-  an almost 70% decrease - was the global financial crisis of 2008 and the economic slowdown EU faced over that period. The crisis affected the demand for certificates as industrial installations scaled down activities (hence emitting lower emissions resulting in decreasing demand for EUAs). Lastly, the European debt crisis starting from the end of 2011 erased the previous positive momentum as the economy was recovering from the 2008 recession and influenced the prices negatively, which dropped to as low as 6.80 €/t.

Phase III started (2013-2020) in the midst of the debt crisis in Europe, when the slowdown of the industrial activity was once again in the headlines. A decision taken by the EU at that time to accept an enormous number of UN offset allowances [5] within the scheme resulted in a massive built of 2.2 billion tons of certificates at the end of 2013 (the first reporting year of Phase III), which was higher than the cap for that year (as it is explained above, the cap for every year is calculated from the beginning of the phase with the linear reduction factor, in 2013 the cap was set at 2.04 billion tons). As a result, EUA prices sunk to the lowest point recorded till then, at just 2.46 €/t.

That was the turning point when the EU stepped forward and modified the rulebook for the first time, by reducing the supply of EUAs. In every commodity market when there is news of expected reduced supply, prices start increasing. So the EU initiated the so called "backloading” tool. It took out of the system 900 million tons of certificates, between 2014 and 2016, which otherwise would have been auctioned by the governments (in the trading phase III, the overall supply of certificates is estimated as 43% by free allocation to the industrial sectors and the remaining 57% by auctions [6]) and reintroduce them later. As expected the prices reacted positive to this action, moving from 2.46 €/t in December 2013 to 8.75 €/t in October 2015. However, the positive momentum did not last long.

EU initiates the MSR: A bazooka to balance EU ETS

At the end of 2016, there was still an oversupply of 1.7 billion tons. Consequently, EUA was once again under huge selling pressure, with prices tumbling to an almost 3-year low at 3.87 €/t. It turned to be a real challenge for the EU to continue backing the scheme as the only regional tool for decarbonisation, as the scheme was not delivering any of its expected goals. Any alternative proposal, such as national carbon tax, would be considered as a weakness from the EU’s side to implement its EU-wide environmental policy. A diversion of this would lead to individual national policies, and less as a common approach taken by the block. Last but not least, there was invested too much political capital for the promotion of the EU ETS as the only tool all the previous years.

One of the new measures, and the most critical price driver by far in the EU ETS scheme, was the Market Stability Reserve (MSR). A market mechanism aiming to reduce the surplus by banking certificates depending on the amount of allowance in circulation in the market (aka TNAC). TNAC is published every 15th of May by the Commission and includes every EUA which has not been surrendered by the market participants. Its logic is very simple: when TNAC is above 833 million tons, 24% of the TNAC number is withdrawn and deposited in the reserve, but if it is below 400 million tons, 100 million tons should be withdrawn from the reserve and supplied back to the market (if TNAC is between 833 million tons and 400 million tons, there is no certificates withdrawal). The withdrawal rate of 24% is expected to remain in force until 2023. From 2023 onwards, it will be reduced to 12%. According to different estimates, the impacted volume could reach up to 1.4 billion tons of missing supply. 2019 has been chosen as the first year where the MSR kicks off.

A short-term period lasted from mid-November 2017 to the end of the same year for the market to digest the MSR effect on the structure of the EU ETS scheme. A second digit figure was reached after November 2011 when the prices climbed above 10.00 €/t. This level is considered as an important technical level (psychological resistance level) and when it was broken, prices went to the roof. In 2018, the EU ETS became the hottest commodity market, as it was by far the most profitable, having increased by 232% year-on-year.

Was this trend a consequence of pure market fundamentals?

Other fundamental reasons backing the EUA price trend, apart from the MSR effect, were the unplanned nuclear outages in Belgium and France over the last quarter of 2018. Nuclear power plants have low carbon intensity per KWh of generated electricity in comparison with gas- or coal-fired power plants. The missing load was covered by thermal power units, which created additional demand for EUAs at that time (in a simplistic way, a highly pollutant power plant is a very big EUA demand generator).

At the same time, due to extreme warm temperatures in Nordic countries, hydro stocks were at critical low levels. With another low carbon intensive source of power performing poor, thermal power was once again called to cover the gap.

What about speculative players having appetite to take positions in a booming market? As in any other commodity market there can be players who do not have any physical exposure, but wish to bear a risk for taking positions in the paper market. Similar in EUAs, there have always been hedge funds and investment banks, such as Morgan Stanley and Goldman Sachs, active in the market. Notably, the energy hedge fund Northlander Advisors generated 52.7% return by taking long positions in EUAs [7] in 2018. During 2019, EUA has been trading steady above 20.00 €/t.

In the second part of this series, which will be published soon, we will examine the impact to the power markets in Continental Europe.

[3] ICE from the beginning of 2019 does not hold auctions due to the uncertainty about the future relationship between the UK and the EU.

[4] EUA Dec-16 contract. As the December contract is the most liquid one, it is considered the benchmark of EUAs and is referred to as the Front-Year Product or Year-Ahead.

[6] Power sector is not receiving any free allowance as it was the case in the previous phases.

Panos Mavroeidis works as a power trading analyst for ENI Trading & Shipping, focusing in Continental power markets. Prior to that, Panos worked for UNIPER Global Commodities in LNG Origination and for Bloomberg as an energy analyst. He believes in a low carbon environment with a smooth transition from conventional fuels to RE and is putting all his effort for it. He holds an MSc in Energy Management from ESCP Europe and an MSc in Oil and Gas Technology from Eastern Macedonia and Thrace Institute of Technology.