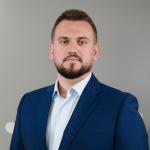 Mr Giorgos Beleris
Production Freeze: Reality Check The continued fall in oil prices have weighed heavily on the revenues of major oil producing countries such as Saudi Arabia and Russia, impacting their economic and social liabilities. The deal...